Salvador Dalí said: “The paranoiac critical method functions only on condition that it possesses a soft motor of divine origin, a living nucleus, a Gala”.

Gala is a historically fascinating character who gained fame and fortune upon meeting and marrying the artist Salvador Dalí in 1930s. A Russian divorcee, she quickly established herself on the Surrealist scene becoming intrinsically involved in Dalí’s life and his art both as his muse and his manager.

Gala, her real name being Elena Ivanovna Diakonova was Russian, born in Kazan in 1894. A secretive and intuitive woman, not afraid of controversy, she spent her childhood in Moscow and attended university courses at a finishing school in St Petersburg. 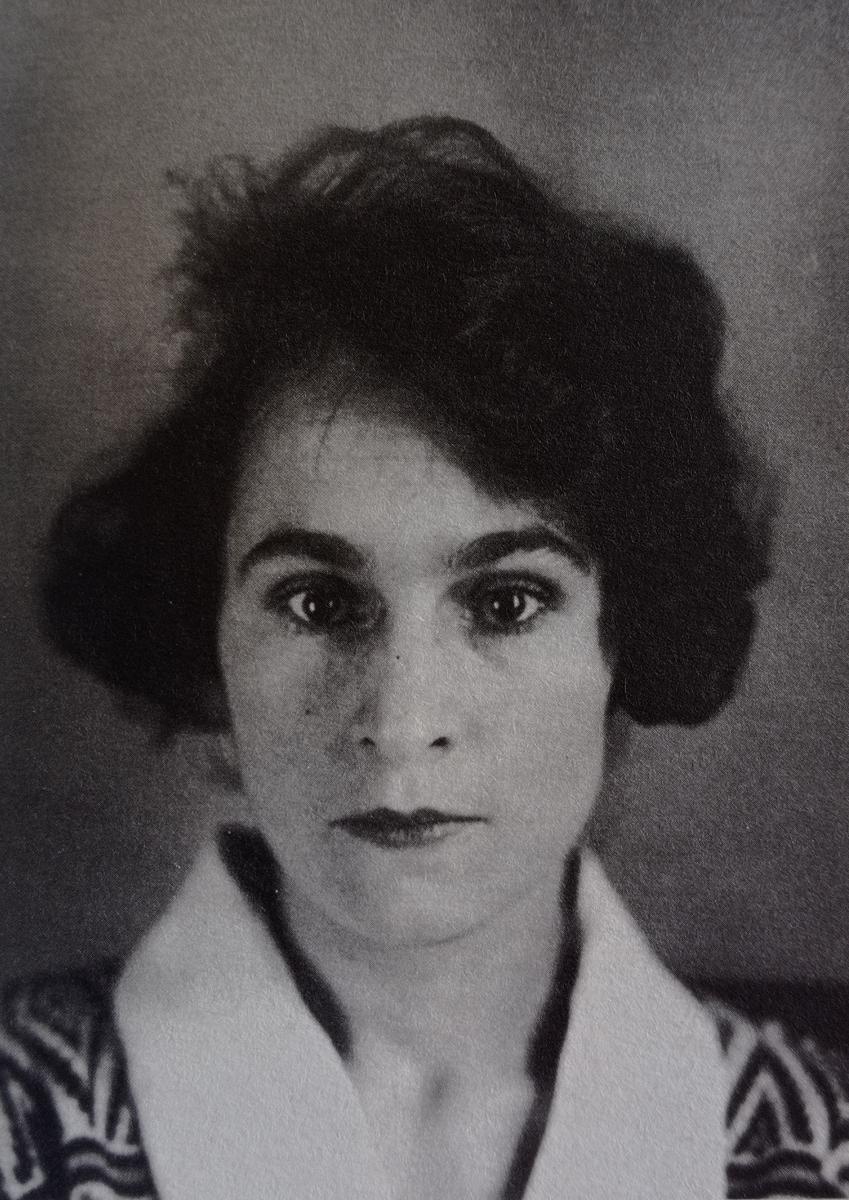 The daughter of Ivan and Antonine Diakonoff, she had two older brothers and a younger sister. Her father died when she was eleven, her mother remarried a lawyer who was able to provide Gala with the means to a good education. She studied at the Brukhonenko academy and gained high marks, becoming qualified to teach in schools. However she suffered worsening tuberculosis / consumption and in 1912 she was sent to Clavadel sanitorium in Switzerland, an institution which treated patients for the disease which was widespread during the nineteenth century.

It was here that she met and fell in love with the young Paul Eluard, he was 18, she was 19. Their mutual love of literature and culture brought them together; they were both discharged 1914. 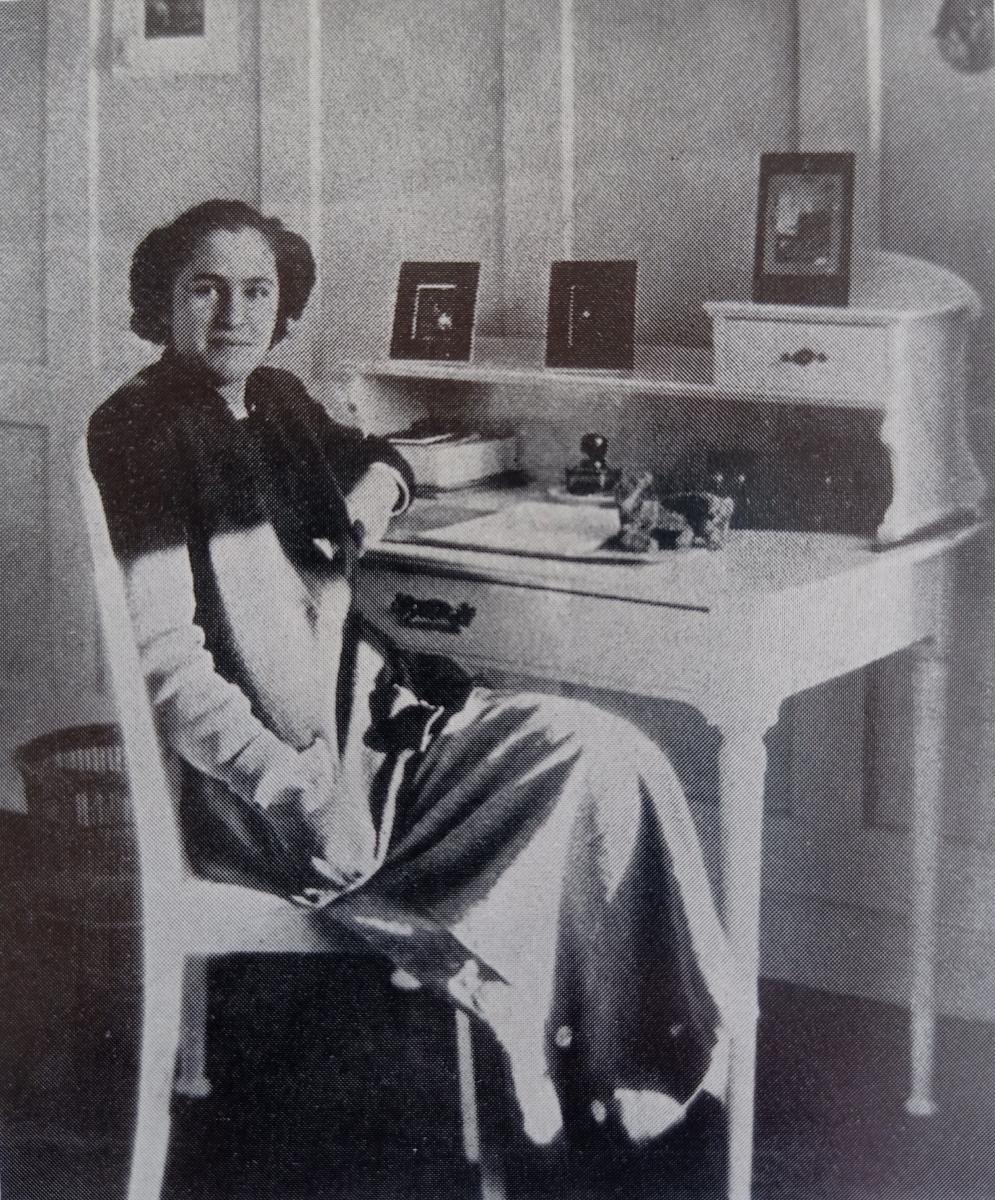 Her health back on track, Gala is now officially engaged to Eluard. In 1916 her parents allow her to join Eluard in Paris. Following Eluard’s enlistment during World War I, they marry in 1917. The following year their daughter Cecile is born, Gala’s only child. Eluard had already started making inroads as a poet, and was involved with the Surrealist movement in France, predominantly with André Breton, Philippe Soupault and Louis Aragon. Gala was a regular attendee of this auspicious circle of intellectuals. 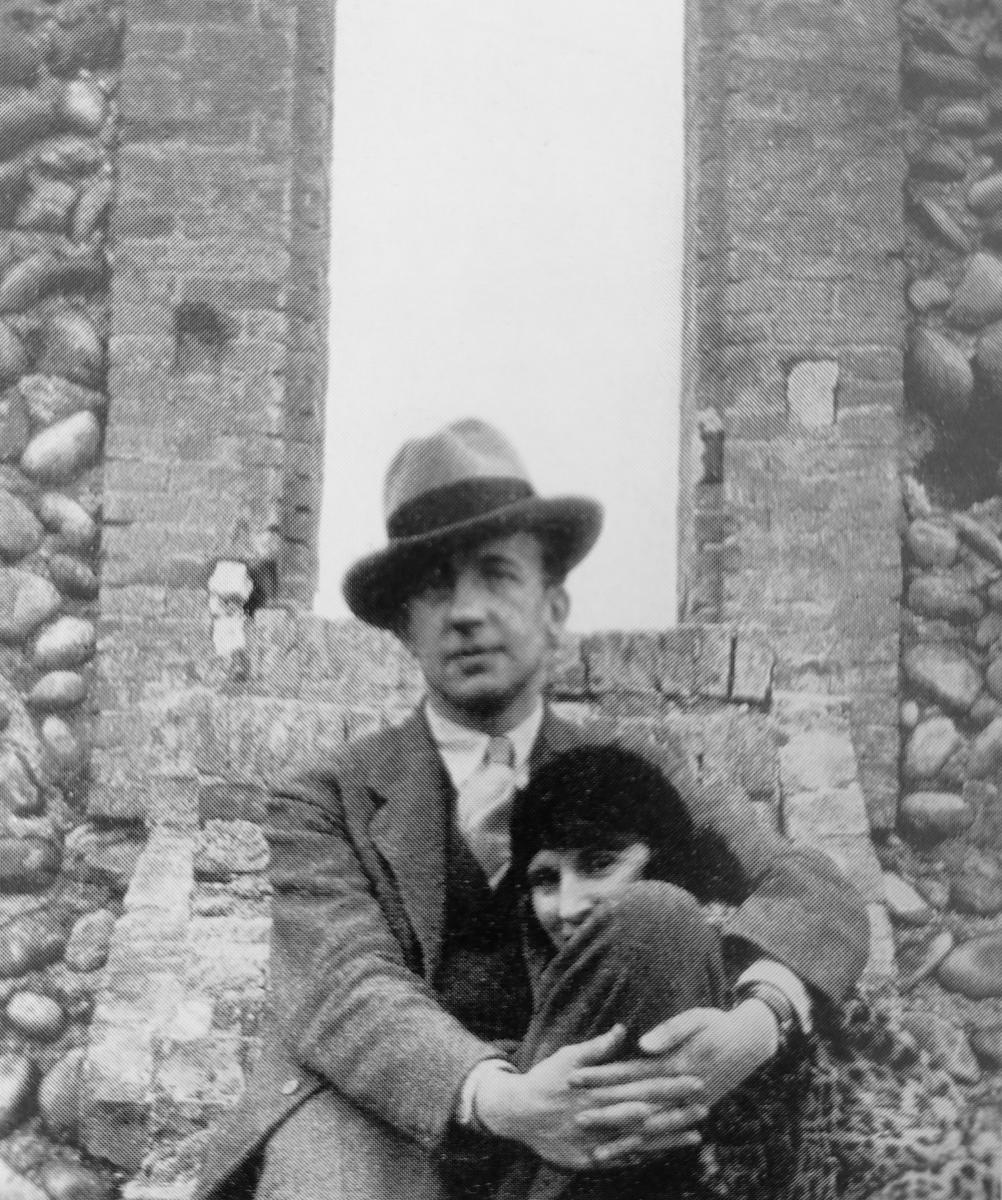 Around 1922 Gala began a love affair with Max Ernst, indeed, Ernst lived with the Eluard’s for a time in their villa in Eaubonne, north of Paris, in a kind of ménage-à-trois.

Gala first met Dalí in 1929 during a trip to Cadaques with her family and the artist Magritte and his wife. The Belgian poet and gallery owner Camille Goemans, introduced Dalí to Eluard in Paris. Despite the ten year age gap, the love affair between Dalí and Gala quickly develops. 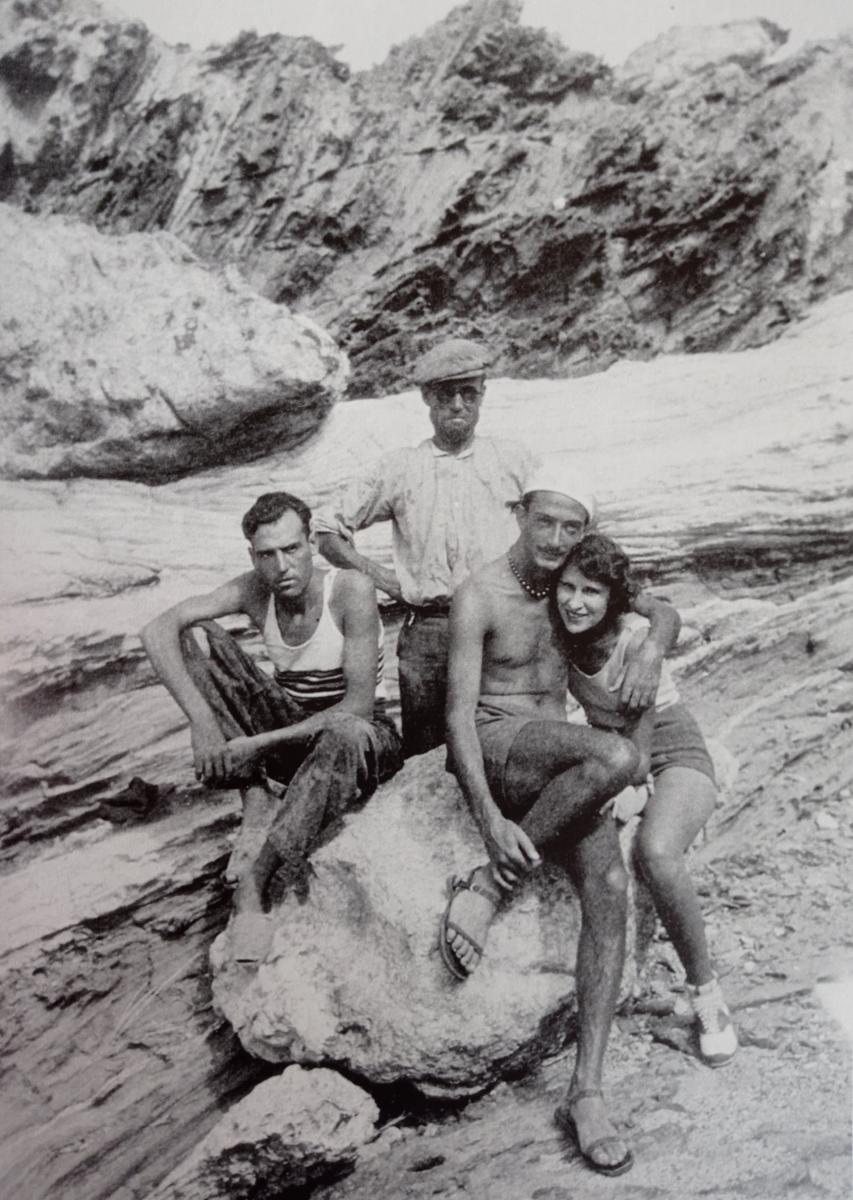 She follows him to Paris and begins to influence and be part of the Surrealist movement. So powerful and all-consuming was the affair, Gala effectively abandoned her own daughter when she was eleven years old. Cecile went to live with her paternal grandmother in Paris.

Gala married Dalí in 1934 in a civil ceremony; initially the union was rejected by Dalí’s father who did not approve of a Russian divorcee as his sons’ suitor. Gala was Dalí’s muse, he was obsessed with her, she features in many of his artworks. In fact he remarks in his autobiography “My Secret Life”, “She was destined to become my Gradiva, the one who moves forward, my victory, my wife”.

During 1937 Gala assumes more power in the position of Dalí’s business manager and agent and procurer of artistic contracts. She manages the accounts and negotiates with galleries and dealers. She encourages him to paint and has a huge influence over his artistic output.

Gala was a “model” for Dalí, and on numerous occasions appears in his art, perhaps the most pertinent being the stunning and provocative oil on canvas, “Portrait of Galarina” (1945). The work takes over a year to complete. 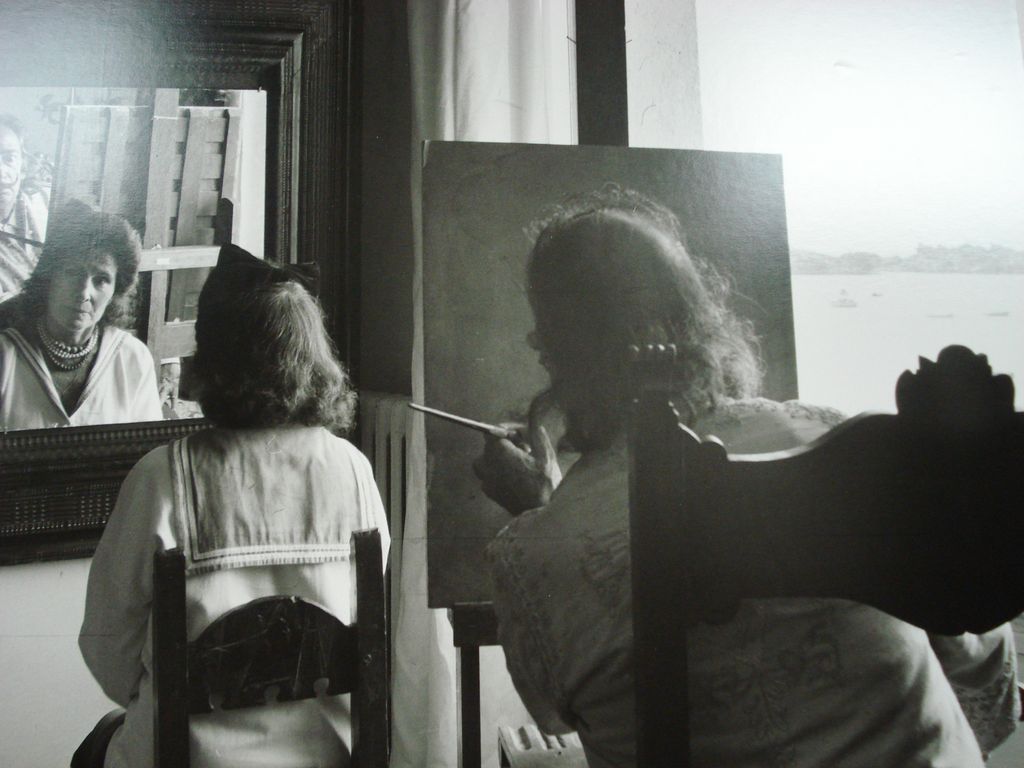 During the 1960s, Gala begins to age, now well into her sixties, she hands over some control of Dalí’s artistic output to his various secretaries.

In 1968 Gala received a medieval castle in Pubol as a gift from Dalí. Ironically Dalí needed her written permission in order to visit Gala in the castle. Between 1971 and the early 1980’s, Gala would spend her summers at the castle; she regards the castle as a retreat and spends ever increasing periods of time here. 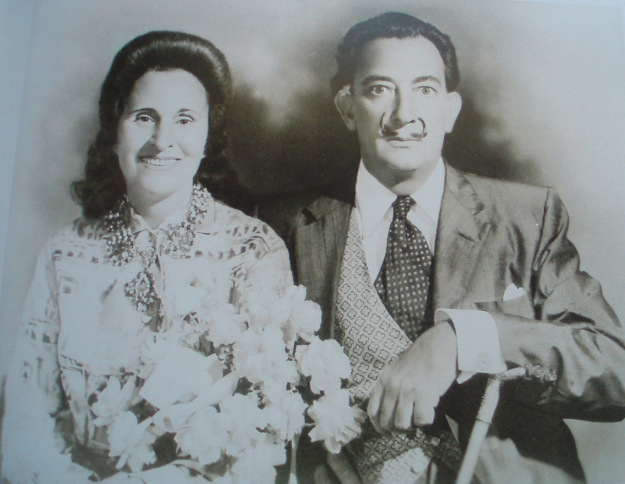 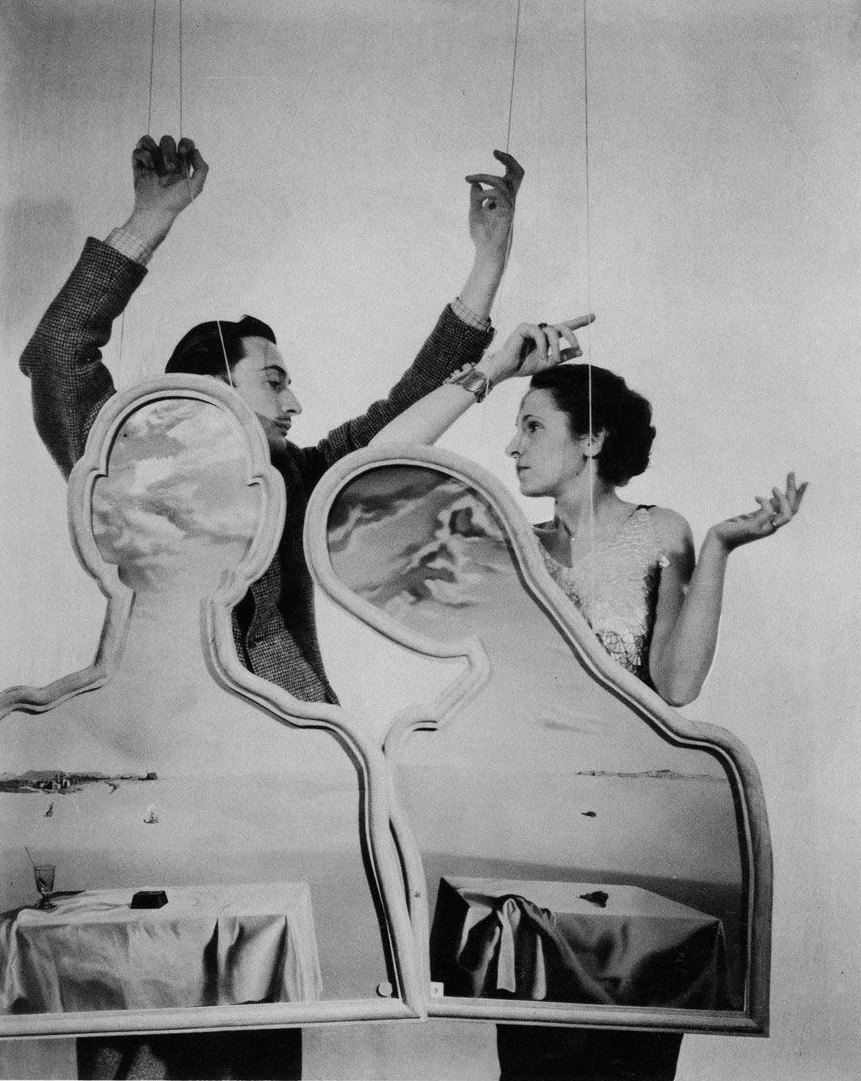